Home Page › Dyeing › A Red Like No Other: How Cochineal Colored the World

A Red Like No Other: How Cochineal Colored the World

The natural dye cochineal has fired the imagination in producing an exhibit at the Museum of International Folk Art in Santa Fe and the accompanying book, A Red Like No Other: How Cochineal Colored the World, of amazing depth. You may know something about cochineal from my June blog, and we all know red – a powerful color that connects us to objects, emotions, beliefs, and our culture. But in reading this book, you can explore the history and influence of cochineal from ancient to contemporary times. 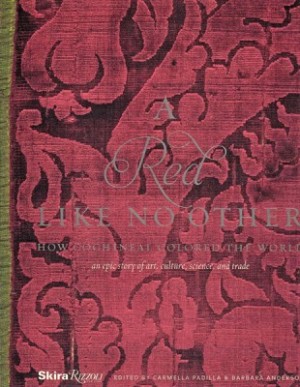 Book cover for ” A Red Like No Other: How Cochineal Colored the World, an epic story of art, culture, science, and trade”.

After reading Amy Butler Greenfield’s book, A Perfect Red, in 2009, Marsha Bol, now director of the Museum of International Folk Art, began thinking about the possibilities of telling a tale of museum objects that contain cochineal. What followed is the creation of an epic story of cochineal on a global scale. Whether an art collector, dyer, enthusiast, or researcher, you will find in-depth material to fuel your inspiration and exploration of the amazing world of natural dyes.

The dried cochineal bug is ground into powder and ready for dyeing.

New Findings about Cochineal
As a team gathered to explore the exhibition idea, one critical issue arose during development– many museum objects are untested and conservators and scientists needed to test hundreds of objects in order for them to be included in the exhibition and catalogue. As a result, much new scientific knowledge has come to light. International scholars contributed new ideas to art history, science, economics, politics and cultural history. Textiles and dyes have a compelling way of creating interdisciplinary collaborative teams and the resulting research is invaluable across multiple disciplines. 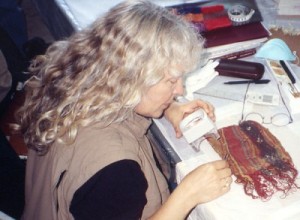 Exploring Cochineal Subjects
Seven sections of the book allow readers to focus on particular interests. Beginning with a discussion of cochineal knowledge and use in Pre-Columbian America, A New Red: Pre-Columbian and Early Contact Americas ranges over topics concerning the earliest use of reds on Maya wall paintings, codices and Andean Keros.

Empire and Exploitation: Cochineal and Global Trade tracks the movement of cochineal across the globe, from Mexico to Europe, Iran, Japan, China, India, Southeast Asia and Africa. Intriguing stories of this international trade in cochineal offers a look into the beginnings of early modern globalization. The story of African slaves who wore red handkerchiefs reminds us that the color red can also create feelings of shame. 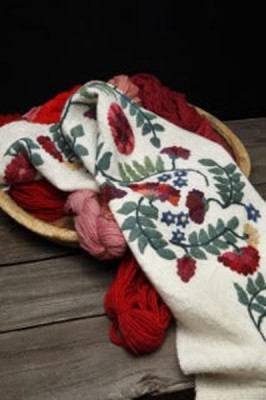 Cochineal and Science dips into the testing and use of dyes in the past, including how the dye is confirmed in testing objects, historic recipes, the genetic diversity of the cochineal insect, and use of the dye in ancient scientific documents from Peru.

Red Threads: Cochineal in Textiles discusses sustainable historic practices that extended the use of expensive cochineal, the use of raveled red cloth in the U.S. Southwest and The Plains, red fashion in the 18th century, and how cloth and culture intertwine in the Andes and in Mexico.

A Prized Pigment: Cochineal in European Art confirms the extensive use of cochineal in European painting and Spanish sculpture, the use of red to create power in portrait painting, and a wonderful piece on Polish cochineal connecting new and old world dyes. The Italian painter Tintoretto had strong links to the textile and dyeing industry and his nickname reveals that he was the son of a dyer. 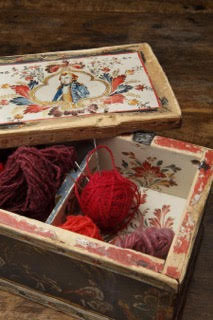 A Red Revival: Cochineal in the Modern World leads us through fashion designer Fortuny’s exploration and use of cochineal dyes. Other contemporary uses of cochineal in cosmetics, food, craft and fashion round out a fun and amazing part of the volume. Fortuny proved that art, fashion and science can go hand in hand.

The Connecting Thread
What about red, the longest and strongest visible wavelength on the color spectrum? The global power of red covers art, history, science and economics and this book uncovers layers of meaning through the intense study of objects; material culture analysis at its best. Red is red – everyone can see the visual power of red. The rulers of classical Rome were called the coccinati, “the ones who wear red”. Whether we associate red with status, rank, royalty, the elite, prestige, pride or shame, the heart, blood, love or life itself, red continues to color our modern life and fills pop culture with the passion of RED.

As a museum professional who has worked in exhibition development for more than fifteen years and as a textile historian and maker, I brought to this reading my own preferences and knowledge and came away with an appreciation of a wider use of cochineal than I expected. I was struck by the notion that whether we are painters, weavers, researchers, scientists or dyers, cochineal is a thread that connects us all.  –Judy Newland